This article was published in the National Catholic Register online. You can read the article in full by following the link: https://www.ncregister.com/blog/native-american-pastoral-plan

This article was written by Peter Jesserer Smith on June 18, 2021

Prominent U.S. Catholic bishops and archbishops gave a strong endorsement to a proposal for a complete pastoral plan for Catholic Native American ministry at their annual summer conference in June. The development of the pastoral plan could have the potential not only to renew Native American Catholic ministry, but also to renew the entire U.S. Church’s identity and rediscover its true history.

Bishop James Wall of the Diocese of Gallup, the head of the USCCB Subcommittee on Native American Affairs, presented the proposal on June 17 at the virtual meeting of the U.S. bishops. Bishop Wall said the proposed “complete pastoral plan” came out of a 2018 listening session with national Native American Catholic organizations, with archbishops and bishops of dioceses with large Catholic Native populations, and the Black and Indian Missions Office, and would address the “perceived lack of interest in Catholic Native ministry by the Catholic Church in the United States.”

“The pastoral plan will help reassure Catholic Natives that their ministry has a high priority in the Universal Church,” he said.

Prominent Catholic bishops and archbishops expressed strong support for the proposal in advance of the vote taken by the U.S. bishops on whether to proceed with the development of a pastoral plan.

If approved, the pastoral plan has the potential for the U.S. Church to fulfill the prophetic teaching of St. John Paul II in 1984 that “Christ, in the members of his Body, is himself Indian. And the revival of Indian culture will be a revival of those true values which they have inherited and which are purified and ennobled by the Revelation of Jesus Christ.”

Bishop Wall also cited Pope Francis’ strong advocacy of Native peoples for the complete pastoral plan, and told U.S. bishops the plan would give a model for addressing the pastoral care of Native Americans, Alaskan Natives, Native Hawaiians, Mayans and other Indigenous Catholics from Central and South America.

The USCCB pro-life committee chair, Archbishop Joseph Naumann of Kansas City, Kansas, spoke strongly in favor, noting that his state is home to the Prairie Band Potawatomi Nation (of which Archbishop Charles Chaput is a member), and that St. Rose Philippine Duchesne came to Kansas City to accompany Native Americans in the faith.

Archbishop Paul Etienne of Seattle, a city named for a Catholic Native American chief, affirmed his support, saying, “this proposal is very timely and much needed.”

Archbishop Bernard Hebda of St. Paul-Minneapolis also raised the importance of making sure the plan included ministry to Native Americans in urban areas as most Native Americans live outside of reservations and pueblos.

The complete pastoral plan would also allow the U.S. Church to address head-on its involvement in the scandal of the residential schools, which made the Church complicit in the U.S. government’s program to destroy Native American cultures, languages and identities in the late 19th and 20th centuries, and had catastrophic intergenerational effects on Native American families.

Bishop Wall said the pastoral plan would seek to achieve reconciliation and strengthen ties between Native nations and the Catholic Church in the United States.

“The pastoral plan will be the first time such an important issue has been addressed,” he said.

Bishop Thomas Olmsted of Phoenix, speaking in support of the plan, said the efforts of Catholic schools today should also be highlighted.

He pointed to St. Peter’s Indian Mission School in Arizona, which serves the O’odham people who are native to Arizona, and teaches students their Pima language, culture, dances and customs.

As the Register reported in the past, the restoration of Native American languages is a key existential issue for Native American peoples, and is an area where the Catholic Church could play a critical role in repairing families and saving lives.

Bishop Douglas Lucia also highlighted the importance of the committee to address the so-called “Doctrine of Discovery” for the sake of Native American peoples. The “doctrine of discovery” refers principally to 15th-century papal declarations aimed at authorizing European Christian countries’ dominion over territories they had explored. However, the United States government would use these declarations, thanks to Chief Justice John Marshall, as a legal basis to extinguish Native Americans’ title to their own lands.

“It is something we’ll take into account when we address this,” Bishop Wall said.

However, one of the most important points raised was the need for the U.S. bishops pastoral plan to help all Catholics relearn and recover a shared history of the Catholic Church in the United States.

“Both Native and white people need a greater understanding of the history that’s transpired, which will facilitate a greater relationship between the peoples,” Bishop Steven Biegler of Cheyenne, Wyoming, said.

The historical mandate of the pastoral plan may be its heaviest lift. Nearly all U.S. Catholics have grown up with substantially incomplete pictures of the actual history of the Church in the U.S. and its Native American roots.

Many popular 20th-century Catholic histories wrongly framed the prior 17th- and 18th-century Catholic missionary effort as an active part of colonialism. Their narratives erased vast amounts of Catholic history, including Native Catholic heroes, saints and martyrs, or failed to tell the whole story about the history of Native American Catholics. The North American Martyrs cause, for example, canonized only the Jesuit martyrs, but left out Wendat (Huron) and Haudenosaunee (Iroquois) martyrs who were martyred in either present day New York or Canada.

Popular narratives of St. Kateri Tekakwitha, for instance, mainstreamed claims that she rejected her Mohawk culture, or that she was rejected by her people, leading her to become a polarizing figure among some Native Americans. Meanwhile attempts to remediate these errors, and properly tell St. Kateri’s story in the context of her culture, or the story of the intensely holy Haudenosaunee men and women she lived among, are not widely known and shared.

Bishop Wall said the Church in the U.S. needs real coordination between dioceses, Native organizations, schools and other ministries to serve Native American Catholics. He said there is currently “no guide” for how the U.S. Church has to approach, promote and understand Native Catholic ministry.

He said, “A comprehensive statement will help the Catholic Church in the United States respond to Native ministry.”

This article was published in the National Catholic Register online. You can read the article in full by following the link: https://www.ncregister.com/blog/native-american-pastoral-plan

This article was written by Peter Jesserer Smith on June 18, 2021 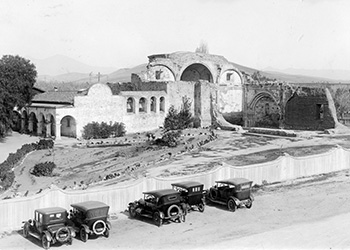