In memory of our loved ones that have gone before us. We miss you and thank you for the gift of your life.

Ilsa Byrnes, you will truly be missed!

Ilsa Byrnes (1927-2022) 95, of San Juan Capistrano, passed away. She will be remembered for her preservation in Orange County, her robust and historical tours, and her mission to keep our most special places historic for all to enjoy!

Learn about the 16 sites that Ilsa Byrnes saved during her lifetime on Preserve Orange County: https://www.preserveorangecounty.org/announcements/2022/1/19/the-sixteen-sites-that-ilse-byrnes-saved

Enjoy this article written about her by OC Historical: https://ochistorical.blogspot.com/2022/01/ilse-byrnes-1927-2022.html

Ceremonial Bell Ringing dedicated to Ilsa Byrnes. We will all miss Ilsa and her many contributions to preserving historical locations for future generations to enjoy. 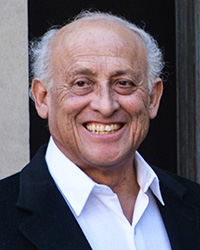 Robert R. “Bob” Cardoza, 82, of San Juan Capistrano, California, passed away after a long battle with cancer on July 18, 2020, at his home with his family at his side.

Bob was born in East Los Angeles, California on August 9, 1937, son of the late Robert S. Cardoza and Frances Cruz. He spent his childhood surrounded by the love of his large extended family. Bob graduated from Garfield High School in 1955. During high school, and later as a student at ELA Junior College, he was a member of the varsity gymnastic team. While in his teens, Bob was a founding member of the ELA Coffin Cheater Club, a local car club that engaged in volunteer activities helping those who were less fortunate. Bob married Stella, his high school sweetheart, in August 1957. Together they raised two sons, Brian and Perry, who with their wives Susanne and Catherine blessed the Cardoza family with six beautiful grandchildren, Sebastian, Anthony, Cassandra, Aaron, Madeleine, and Anna.

He graduated from California State Polytechnic University (Cal Poly), Pomona in 1964 with a degree in landscape architecture. After graduation, Bob worked for the County of Los Angeles, Bechtel Corporation, and at various private design firms. In 1971 he co-founded Cardoza, DiLallo & Associates. After almost fifty successful years, the company under its current name, NUVIS, maintains Bob’s vision for excellence.

As an alumnus of Cal Poly, Pomona, Bob dedicated himself to serving his university in numerous capacities. He held positions on many boards and took great pleasure in the leadership roles he held as a volunteer. For his years of dedicated service, Bob was honored with the Distinguished Alumni, College of Environmental Design, Cal Poly, Pomona award in 2003.

The American Society of Landscape Architects (ASLA) is an organization where Bob devoted much of his volunteer energy. He served in many leadership capacities and was recognized for his numerous contributions when he was made “Fellow, American Society of Landscape Architects” in 1982. This was a distinguished honor Bob held with great pride throughout his long career.

The California Landscape Architecture Student Scholarship (CLASS) Fund was another organization close to Bob’s heart. He helped establish the scholarship fund in 1980 and served as chairman of the board for many years. He took great pleasure in visiting universities and personally presenting scholarship awards to many deserving students pursuing a career in landscape architecture.

Bob was a tireless volunteer and visionary who wanted to make a difference in the communities where he lived, Cypress and San Juan Capistrano. He generously served on the planning commission of each city and took great satisfaction in his contributions. In San Juan Capistrano he was a member of various commissions and committees dedicated to helping preserve the city’s unique historical and cultural features. He especially supported the creation of a tribal park in San Juan Capistrano on the site of the ancient Indian village of Putuidem that once belonged to the Acjachemen (Juaneño) Nation.

He loved deep-sea fishing, photography, and traveling. He and Stella traveled much of the world together, the making of many memories along the way. Having grandchildren sometimes join in the fun of travel to faraway places was the joy of Bob’s life.

Bob was a devoted husband, father, and grandfather. He was a dedicated and generous professional, and a loyal friend. Along with his sense of humor and a broad smile, he was an optimist and a visionary who always saw the good in everyone he met. 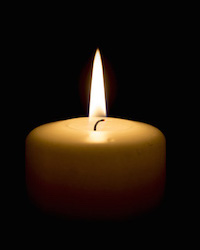 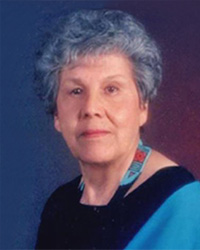 Born on December 6, 1923, to Ralph Charles and Reyes Manriquez both Juaneno descendants. She attended the Old Mission School and graduated from Capistrano Union High. Immediately after graduating from high school in 1941, she married William J. McMullen, which resulted in 4 children, Jim, Janice, Joanne, and Patty. She later went on to work for the United States Postal Service of 30 years until retiring. In her spare time, she sang in the choir at the Mission San Juan Capistrano and was one of the original Old Mission tour guides. She also was the President of the Capistrano Indian Council. Her family dates back many generations; she was proud of her Native American heritage. She was very active in the community which made her very well known.

At the tender age of 77, she was named by the San Juan Capistrano Historical Society to be the Matriarch of her hometown. She was proud to represent the people of San Juan Capistrano. She fulfilled her dreams and her legacy will live on forever.

She is survived by her two daughters, Janice and Joanne, 9 grandchildren, 12 great-grandchildren, and 1 great-great-grandson.
Rosary and Funeral Mass were held at the Mission San Juan Capistrano Basilica on June 5, 2019, at 10 am. Father James “Jimmy” Nieblas S.D.B. officiated at the Rosary and Mass. Immediately following the service, a traditional walking procession was held to the Old Mission Cemetery. 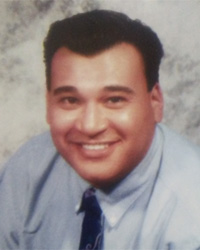 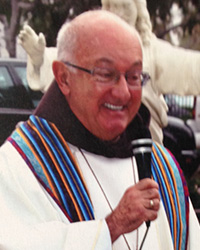 Father Joseph “Joe” Scerbo was a true Spiritual Father, leader, advisor, and very close friend to our local San Juan Capistrano Native Juaneno/Ajachemen and Historical Families. He truly walked with us and for us whenever we needed or called on him – he was always there for us! This photo above is a radiant Father Joe as he assisted at one of our annual Old Mission Historic Cemetery Mass Liturgies. He would always say that he “felt great peace and happiness when Celebrating Mass for us or sharing a traditional meal gathering with our historical families” – MANY considered him our personal chaplain! He is truly missed.

Go with God, and may your journey be happy!

Obituary: Fr. Joseph Scerbo, S.A. February 14, 1944-March 19, 2015 Joseph Michael Scerbo was born to Angelina and Severio (“Sam”) Scerbo on February 14, 1944, in Hoosick Falls, New York. When Joseph was young, the Scerbo family relocated to Mechanicville, New York where he attended school. His high school experience was decorated with academic, athletic, and leadership honors, including president of the student council, captain of the cross-country running team, prom king, and honors in debate, public speaking, and french horn performance. In his memoir, Always Forward (to be released in May), Joe explained, “At the core of my being, I knew God’s hand was upon me.” And so, upon his graduation from Mechanicville High School in 1961, Joseph declined full scholarships to Georgetown, Johns Hopkins, and Marquette Universities to become a priest in the Roman Catholic church. He enters the Franciscan Friars of the Atonement in July of 1961 where he experienced “the joy of Franciscan fraternity”. In 1970, Joe was ordained to the priesthood by Bishop Pernicone of New York and began a public, life-long ministry in faith, reconciliation, and healing. His ongoing studies earned him a doctorate in psychotherapy from the Graduate Theological Union in Berkeley, California which, combined with his faith, provided the foundation for his future ministry. Among the many roles Fr. Joe held in his 45-year priesthood were therapist at the Institute for Christian Healing in Pennsylvania, retreat master for the Franciscan Friars of the Atonement in Garrison, New York, campus minister at Howard University and Los Angeles City College, President of the Association of Christian Therapists, Historical Advisor to the docudrama on Junipero Serra, “Ever Forward, Never Back”, and missionary to Kenya and India. Additionally, Fr. Joe’s greatest joy was to spend seventeen years serving as the Academic Dean at Trinity College of Graduate Studies where he built up programs to train and graduate 700 Christian therapists. In 1998, Fr. Joe accepted an invitation to live and work at Mission San Juan Capistrano in California as the first Franciscan friar on staff in 155 years, serving as a parish priest and leading various inter-faith projects. Offering a Franciscan presence to the Mission community was an opportunity for which he was “truly grateful and humbled”. In 2007, Fr. Dave Heney of St. Paschal Baylon in Thousand Oaks, California asked him to serve in his faith community. Of his eight years in Thousand Oaks, which would be the final years of life, Fr. Joe said, “At St. Paschal Baylon, I experienced every joy of the priesthood. I experienced an outstanding pastor in Fr. Dave Heney. Parish life at St. Paschal Baylon demonstrated what parish life can be like in its most dynamic state. To witness this zeal, this dynamism, this outpouring of love for Christ and the Eucharist brings tremendous life to my own heart.” During this time Fr. Joe also served on the Ventura County Interfaith Council. After a two year battle with pancreatic cancer, during which he received an outpouring of support and care from his community at St. Paschal Baylon, Fr. Joseph Scerbo entered eternal life on March 19, 2015, the Feast of St. Joseph. He was 71 years. To his extended family, friends, and the many who knew him, Fr. Joe leaves a legacy of joy, finding God’s will in every moment, and blessedness. Within the final words of his memoir, he reminds us: “Our journey on this earth and our quest for happiness are rooted in our availability to God’s will and His call to human relationship. Sometimes following God’s will makes us uncomfortable. Sometimes His will for us makes others feel uncomfortable. Yet in sickness and in health, triumphs, and failures, childhood and all that follows, God has a Divine Will for every moment of our every day. It is up to us to say, ‘Lord, open the doors you want to open, close the doors you don’t want to open and place me in the center of your perfect will.’ It is up to us to draw us close to Him as possible, to embrace the Eucharist and a desire to know and imitate Christ, so we are open to receive the graces poured into our hearts from His Chalice.” For more information about Fr. Joe’s memoir, visit AlwaysForwardBook.com.

If you would like us to honor your loved one, please please fill out the form below: 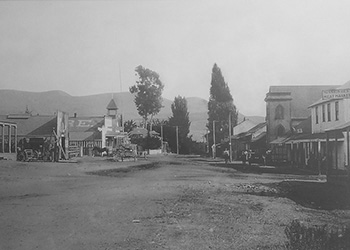