Construction for the River Street Marketplace, expected to be a new gathering spot adding shops and restaurants to San Juan Capistrano’s historic downtown, broke ground this week after years of planning.

The 60,000-square-foot project should be completed in about 15 months, said Dan Almquist, managing partner at Frontier Real Estate Investments, which is developing the space. He said he hopes retailers and restaurateurs will be in and operating by spring 2023, mentioning plans for a full-service brewery, a local butcher and a cheesemonger.

“We talk internally about our projects having a soul,” Almquist said. “What’s so special about San Juan, the downtown and the Los Rios District? … I think that’s really going to come through when people come and visit.”

He wants the project to honor the area’s rich past – especially because it neighbors California’s oldest residential neighborhoods, the Los Rios District – but not be inauthentic, which he said led to the agriculturally inspired architecture with ample room for community gathering space. He said the development team often conferred with local residents, Native American leaders and city officials, getting input and advice for design and planning.

Stephen Rios, an eighth generation San Juan Capistrano resident and member of the ​​Juaneño Band of Mission Indians, said he has appreciated the development’s on-the-ground work with the community over the past few years, and called the marketplace’s agricultural theme one of the “most important” parts of the project. Before city officials approved the project in 2019, Almquist reduced its footprint and made other revisions in response to concerns from some in the surround area.

“Dan continues to be sensitive of all our concerns about the importance of this land and Los Rios Street Neighborhood,” said Rios, whose family name is reflected in the historic district. “We still live in the community, we still live on this street, we are very close neighbors. We want this project to complement the way that we live and the way that we’ve always fought to protect this neighborhood and this land.”

While Rios said he isn’t necessarily a big fan of development, he said he appreciates how the River Street Marketplace has been planned, and knows his children and younger generations are excited for the new space and businesses.

​​”It looks like it’s going to be a real plus, we’d rather have this here than typical retail shops, typical office space,” Rios said. “It’s a place for the community to gather – to visit, to congregate, as part of a community.”

Almquist said he expects about 35 retailers or restaurants to occupy the River Street Marketplace, which will open up onto an inward-facing sprawling green area, with native plants and sitting areas. That design was, at the time, “breaking a lot of the traditional rules of retail,” he said, but now after almost two years of the pandemic, he thinks the outdoor aspect will be even more embraced.

The property was previously the Ito Nursery.

“I think it’s going to be well received, and it’s going to be better than we could have envisioned,” Almquist said. “It will be great not only for San Juan, but also the surrounding cities as well.”

Joel Rojas, the city’s development services director, said city officials are excited to see such a project embrace the history of the region.

“The city is very much looking forward to the project, the site was really underutilized for a number of years,” Rojas said. “We think (the River Street Marketplace) augments what people already have in the downtown area.” 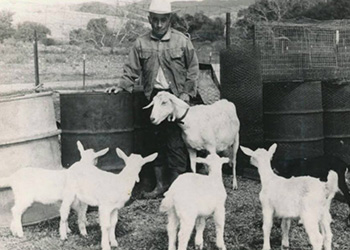