On the weekend of May 22, the remains of 215 Indigenous children were found in unmarked graves at the Kamloops Indian Residential School in British Columbia, Canada.

TORONTO, Ont. — The Archbishop of Toronto last week responded to requests for a papal apology over abuses at Canadian Catholic-run schools for First Nations and other Indigenous children.

A papal apology would need to happen on a papal visit to Canada, said Cardinal Thomas Collins of Toronto on June 3. This would require “a number of steps from both government and church leadership as well as significant logistical, financial commitments and other considerations,” he said. The cardinal issued a written statement and responses to “frequently asked questions” on the matter of the Catholic-run residential schools.

The pope has already called on individual bishops to continue the process of reconciliation in their own dioceses, he added.

“Pope Francis has encouraged the Bishops to continue taking leadership and assuming their proper role in pursuing their pastoral engagement and reconciliation efforts with Indigenous peoples, including ongoing conversations among the Bishops and Elders,” he continued. “This work builds on past apologies, dialogue and the desire to move forward together.”

On the weekend of May 22, the remains of 215 Indigenous children were found in unmarked graves at the Kamloops Indian Residential School in British Columbia, Canada. The discovery was made with ground-penetrating radar. It is unclear how the children died.

The Kamloops school was at one point the largest school in the entire residential school system, which was established in Canada beginning in the 1870s and was overseen by the Catholic Church and Protestant denominations. The last operating residential school closed in 1996.

The Truth and Reconciliation Commission, which operated from 2008 until 2015, reported on a history of abuses in the system. Children from First Nations and other Indigenous communities were separated from their families and placed in the residential schools as a means of forcible assimilation and enculturation, which was meant to strip them of family and cultural ties. An estimated 4,100 to 6,000 First Nations and other Indigenous children died as a result of neglect or abuse in the system, the commission found.

One of the calls of the commission was for a papal apology “to survivors, their families, and communities for the Roman Catholic Church’s role in the spiritual, cultural, emotional, physical, and sexual abuse of First Nations, Inuit, and Métis children in Catholic-run residential schools.”

In a 2017 meeting with the pope, Canadian Prime Minister Justin Trudeau invited Pope Francis to visit Canada and apologize for the treatment of Indigenous children in the schools.

Pope Francis on Sunday expressed sorrow over the discovery of the unmarked graves at the site of the Kamloops school, and prayed for all children who died in the residential school system, but did not issue a formal apology for the role of the Catholic Church in the schools.

“I join the Canadian bishops and the whole Catholic Church in Canada in expressing my sympathy to the Canadian people, who have been traumatized by the shocking news,” Pope Francis said after the Sunday Angelus in St. Peter’s Square.

“These difficult times are a strong call for all to turn away from the colonizing model, and even the ideological colonisations of today, and walk side by side in dialogue, mutual respect, and recognition of the rights and cultural values of all the daughters and sons of Canada,” he said.

Cardinal Collins last week promised to offer his Mass on Sunday, June 6, for the victims of abuses in the school system.

Catholic organizations and leaders have already apologized for the past abuses in the system, he noted, including a formal apology and payments to survivors by the Oblates of Mary Immaculate, who operated the Kamloops school for more than seven decades.

“Pope Benedict XVI also had the chance to meet with Indigenous leaders in 2009 to personally express his sorrow and anguish,” he said. After that meeting, Phil Fontaine, National Chief of the Assembly of First Nations, said he hoped the pope’s statement would “close the book” on Church apologies for the schools, according to Cardinal Collins.

“These actions do not erase our history; they acknowledge our past, force us to face the consequences of our behaviour and compel us to ensure that our sins are not repeated,” he said on June 3.

In response to requests for an apology by the Catholic Church in Canada, Cardinal Collins said that “[t]here is no such entity.”

“Each Catholic diocese and religious order is an independent legal entity,” he stated, noting that only 16 of the country’s 70 dioceses “were associated with the former residential schools,” with around three dozen Catholic institutes connected to the schools.

“Each diocese and institute is corporately and legally responsible for its own actions,” he said, noting, “Many of the dioceses or orders operating schools have offered apologies, dating back to the early 1990s.”

The country’s bishops apologized in unison with some religious communities in 1991, for abuses in the residential school system, he said. The president of the Canadian bishops’ conference also issued a statement on May 31 expressing sorrow and a desire for reconciliation after the Kamloops school discovery.

The Archbishop of Vancouver last week apologized to survivors and their families, and committed to “tangible actions.” These actions included transparency with Church records, mental health support, and counseling, and technical and professional assistance with honoring and re-burying the deceased chidren. 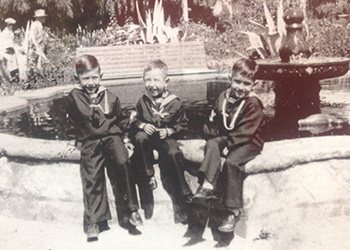